On Mother's Day we went to brunch at Two Urban Licks. We had a great time even though the service there was a bit lacking. I think they were a bit out of their element with a party of 22. Thank you to my sister in law Agatha for setting up this multi-family Mother's Day brunch. Here are some pics of the gang and all the kiddies. 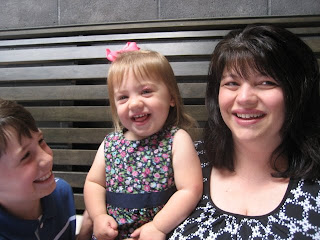 My girl and I with her cousin Derek (check out those smiles!) 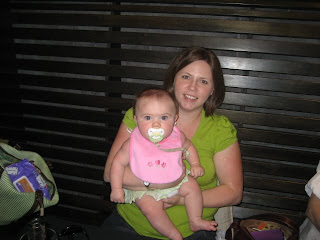 My sister in laws sister and her youngest (of four) girls. She's such a cutie pie! 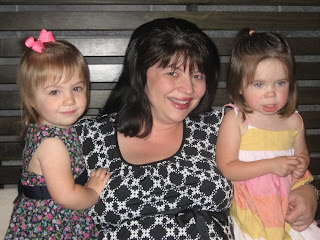 Lindsay and Zoe were so excited to see each other again. 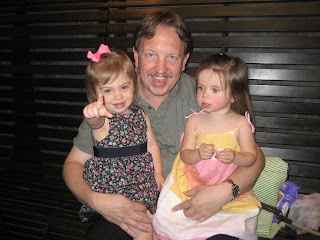 Love this shot of the girls with Mike! 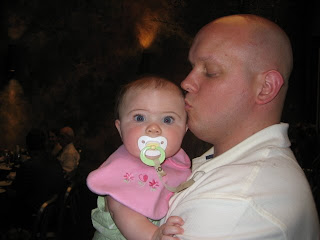 Kiri and her daddy....look at those beautiful eyes and those cheeks! YUMMY! 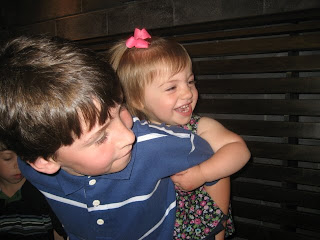 Derek giving Lindsay a "bouncy ride" on his back...yeah, she's loving it! 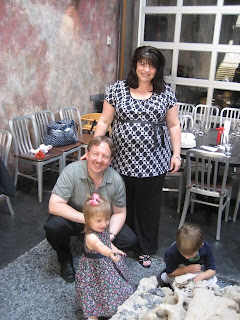 Lindsay and Adam playing in the rock garden. Given the time I think they would have picked up every rock in the place! Oh yeah, and there is also Mike and I and THE BELLY in this shot! Ha!ha! Just for the record that's a 30 week belly. WOOHOO!!! 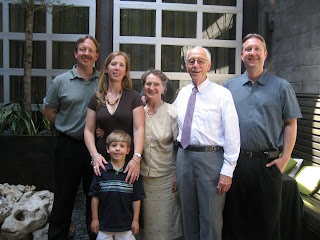 The original Bresnan Clan...(Adam had to be in the picture, how do you tell a 5 year old he can't be in a photo?) LtoR: Mike, his sis Helen, mom, dad and brother Paul. After brunch we decided to stop off for dessert at a place called Chocolate Pink Cafe(good call Paul). It was very yummy and I highly recommend a stop there if you're downtown on Juniper. 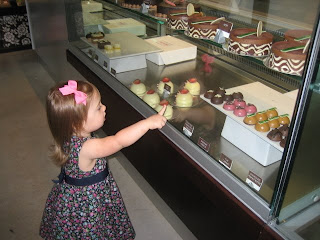 Here is Lindsay putting in her order...(she's her father's child) 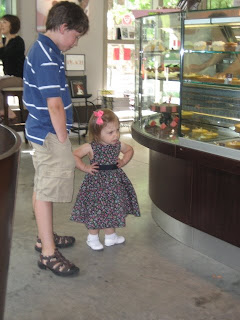 Check out this stance of hers...."I want chocolate, why can't I get to the CHOCOLATE?" Oh my gosh, the hands on the hips, the foot placement, the look on her face!!!! It kills me! (yes, she's her mother's child too) LOL! 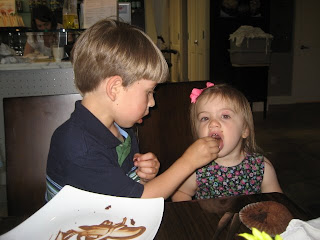 A happy Lindsay gets her chocolate AND hand fed by cousin Adam! Does it get any better?

love the pics, Chris! and i love the maternity oufit you are rockin'! you look awesome!

My fave pic is Linds with her hands on her hips. that is too cute.

Glad you had a great mother's day, girl. thanks for sharing the photos! i loved'em!

I just have to start by saying that I am hysterical laughing at the hands on the hips pic. Good to know that my little one isn't the only one with the dramatic flare!!!!

Sounds like you had a great Mother's Day and you are looking fabulous!

Hey, if you've got ticker envy, then I have belly envy-you look great (unlike myself who looks like I could be carrying twins at this point).

Those last two pics at the dessert shop are priceless!

Thanks guys! All your compliments mean a lot here in the third trimester. Feeling pretty HUGE these days...LOL!

Andrea I find that hard to believe...show us a belly shot girlfriend!