Our Day at the Forum

A couple of weeks ago we went to spend the day with Lindsay's cousins Derek and Adam. We went to Ippolito's for lunch, walked around The Forum, took pictures and went to visit Santa. 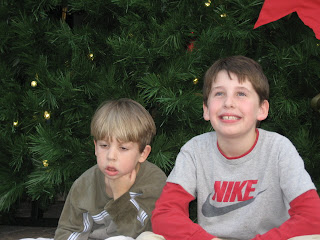 This picture cracks me up. Adam was not so into it for a while. A little talking to from dad turned him around a bit. It just reminds me how much trouble I'm headed for when Lindsay is his age! 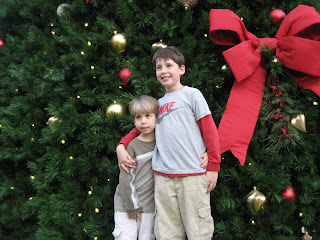 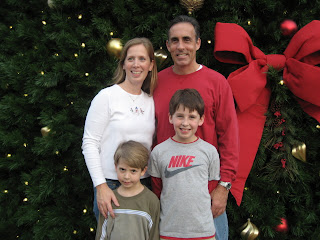 A cute family shot of Helen, David, Adam & Derek. (Although Adam is still fighting it) 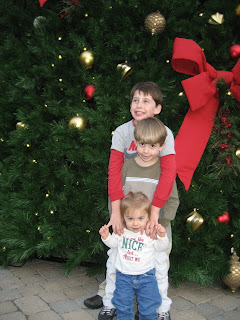 This was a HARD picture to get! 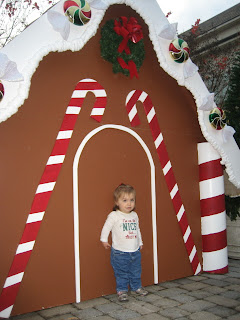 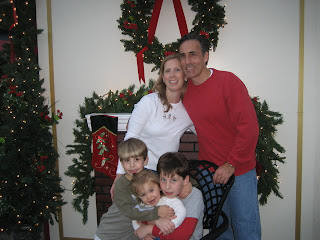 On to the next scene. We used this fireplace scene to help them get a Christmas card photo. This one we added Lindsay to the mix. 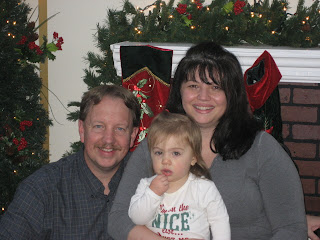 This was the best we got of us that day. I was fighting nausea and Lindsay is working her "thinker" pose. 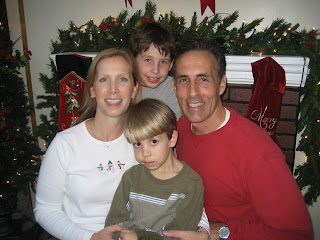 This one is one of my favorites of my sister-n-law's family.

That same day we went to a nearby church and did their Walk thru Bethlehem. I have since heard several people talk of doing this but this was my first time. We had a great evening, however, I couldn't help thinking what a fire hazzard we were standing in with all the open flame and straw around. It was pretty crowded but the kids had a blast. Lindsay has been saying "COW" for a while now and she'll tell you what a cow says when prompted. This night she got to pet a real one and from that point on she kept pointing and saying "moo" or "mooey", as it sometimes comes out. We spent a LONG time visiting the livestock.

I don't have any pictures of our trip to Santa at the Forum. Lindsay wasn't having it. She did let me hold her as I walked up and said hello to Santa and Mrs. Claus. She thanked Santa from afar for the bubbles Mrs. Claus and he gave her. Adam went straight for Santa's lap and Derek hemmed and hawed about it for a while. Until, Mrs. Claus whispered to Derek "You know, when you stop believing you only get underwear for Christmas". Low and Behold a couple minutes later I saw Derek hopped up on Santa's lap. I'm sure he figured it wasn't worth the risk. When I teased him about it later he told me that he only saw Santa and did the "lap thing" for the sake of his brother Adam. Either way Derek should easily avoid an underwear Christmas this year!

Way to bring it Mrs. Claus! That is hilarious. Great pictures all around Chris.

I love all your pictures, Chris! Ths cousins are too cute. and you look like a beautiful glowing baby momma in that pic of you and your hubby and lindsay. i am really hoping the pregnancy has been easier on you lately and that the nausea is starting to subside.

wishing you and your family a very merry christmas from all of us here at CuppaJoe, girl. :)

Thanks guys. Yes, the last couple of days the nausea has been less and less. Now I just have to get rid of the head cold and maybe I'll be good to go!

Those really are great pictures...good job! Love the one of the 3 cousins. :)