Another Solution to Ear Infections 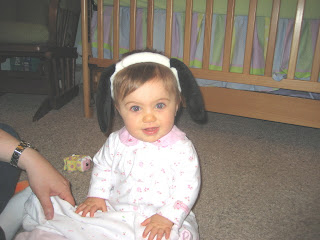 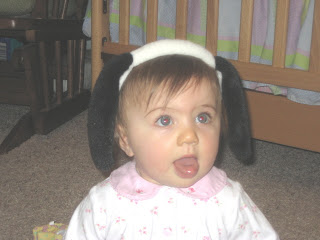 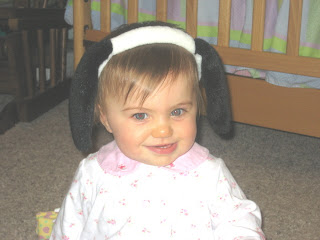 LINDSAY THINKS IT'S A GOOD IDEA!
Well, we're still dealing with the ears, the antibiotic and the teething. It's made for an interesting few days. Lindsay's top gums are knots and she is chewing on everything she can get her hands on. We managed to get thru our photo shoot today at Babies R Us (which I'll post pics from later). We got some good stuff but it took a LONG time and much patience on everybody's part. Daddy was a trooper. We even left and drove around a while so Lindsay could take a nap and went back and tried again. It helped but it wasn't the easiest day to get her to smile.
Yesterday we went to gymboree for the first time. Lindsay had a blast! She really liked the parachute time. We're definitely doing another three classes and from there we'll decide if we're going to keep going. I will say it certainly wore her out. She fell asleep in the car as soon as we left and then took a four hour nap when we got home. I'm sure part of that was the teething and the dose of tylenol she got. I'm glad for it though because I'm sure she needed it. Mommy took a nap with her and I KNOW I needed it. It wasn't the most productive weekend for getting things done around the house but that's ok. House work isn't going anywhere!
Posted by Chris at 8:27 PM

We love your little Snoopy so much and miss her to pieces! Caroline got a Lindsay sized Snoopy for her that she's been begging me to mail up. We have an Easter gift too, but it's larger so I will try and get to the post office this week.

Oh, I am so glad you loved Gymboree, I forgot to ask how class went. That is great! YEAH. Love the snoopy ears! I swear you obsessed.LOL!