Well, I finally got around to doing the zoo pictures. Sorry guys, the blog time has been limited lately. So my sis in law invited us to IBM night at the zoo on 4/13. We had a blast. We were there with her sis and hubby and three of the four of their beautiful daughters. The baby stayed home with the grandparents. It was fabulous weather and not very crowded. We actually saw a lot of the zoo in a very short amount of time! 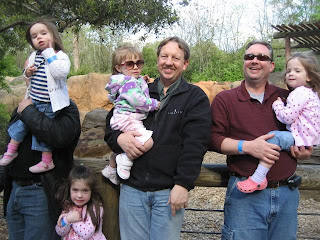 Here are the guys with the kids. LtoR: Quigg hiding behind Lindsay's buddy for the day Zoe, Hadley, Mike & Linds, Paul and Riley! 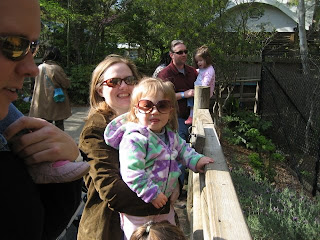 Lindsay & her Aunt Agatha stylin' in their shades! As you will be able to see from the following pictures Lindsay was Agatha's girl that day! Agatha was a big help to me as I could not carry Lindsay all over the zoo. Agatha pretty much either had Lindsay or Zoe the whole day. Her and Mike switched off a lot depending on the girls' moods. Mike enjoyed holding Zoe as she is two months older than Lindsay and about FOUR pounds lighter. Which four pounds doesn't sound like a lot but I picked Zoe up thinking she'd be about the same as Lindsay and I could have tossed her over my shoulder! Too funny! 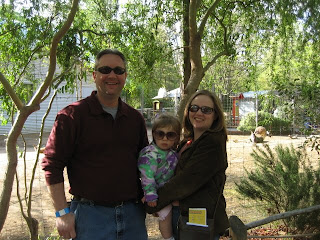 Family of SHADES!!! Aunt Agatha, Uncle Paul and Lindsay! (For those of you who don't know or can't tell by looking Paul is Mike's brother) 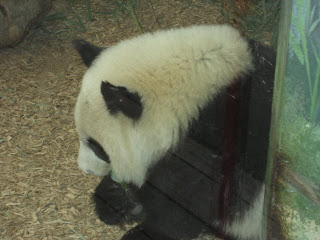 Finally got to see the panda's up close and personal! The last two times I've been to the zoo the lines have been too long! 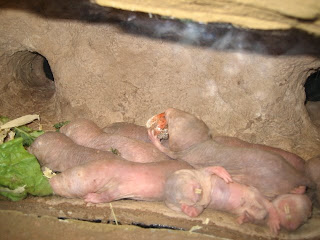 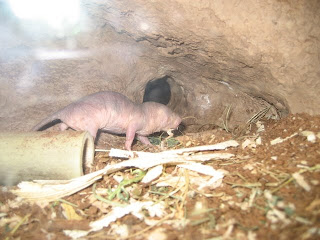 Click here for a funny about these guys I found on another blog. (Adults Only) 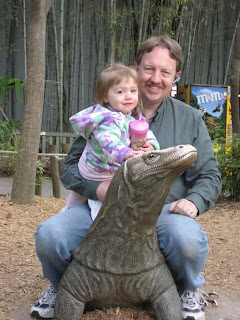 Lindsay is afraid of all of the statues. We got her to pose on this one with daddy! 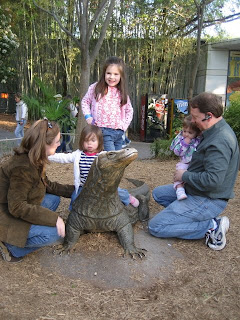 An attempt to get all the girls together. Nope, didn't happen. But it was fun trying! 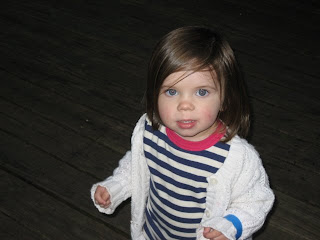 Zoe in all her cuteness! I love this photo! 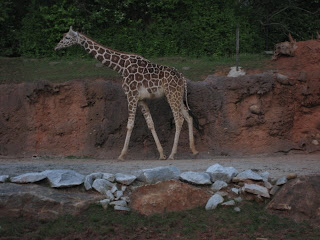 Here is a Giraffe for Lindsay. It's her newest animal word and she LOVES them! 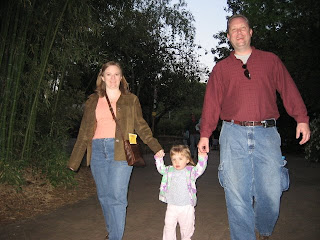 Heading back to the car. Guess who and ONLY who could hold hands and walk out with Miss Lindsay!??!

We had a great time and then went to TGI Friday's for dinner afterward. It was a late night but great fun. Lindsay had a blast hanging out with Zoe and her big sisters!

I totally flaked and did not get a family pic of us that day. OOPS...must be a pregnancy thing!

Stay tuned...I have shower pics from last weekend to post next!

love the photos! but i gotta tell ya-those nekkid mole rats freaked my crap, man. i have just sat here trying to figure out what the heck those things were. they look like freaky baked potatoes with legs or something.

Thanks for the post! you knew i was dying for some zoo, girl. ;)

great pics. I know what you mean about holding a child even a few pounds smaller. When we pick up Little D, we always mention how light he feels and him and Evan are maybe, 2 or 3 lbs different.

Hope you're having a good weekend.

The zoo trip looks great. I love going places and being able to spend time with family and friends.