Hello Bloggers! I've been in a whirlwind since last Wed! Bon Jovi, Baby shower this past weekend, friends in town still on Sunday and Monday plus work! I've got TONS of PICS to get up here on the ol' blog this week so stay tuned. I took a fat nap this afternoon after work so I'm up blogging but I'm only posting the concert pics tonight. The rest of this week is a light week. I am hoping to work some more on the room this week during the evenings and get my thank you notes finished! I'm SO exhausted but it's all been good stuff. No baby updates really. I go back to the OB next week but I'm hanging in there. We're still working on a name. Ok..so here we go.... 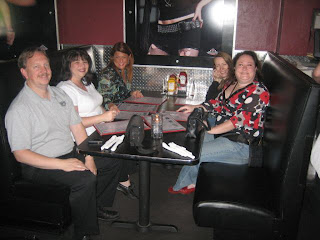 We started out the evening with dinner at The Vortex! Mike was a trooper and drove us to the concert so we treated him to dinner with us! (On left: Mike, me, Donna. On right: Missy and Renata's good friend AnnJeanette) 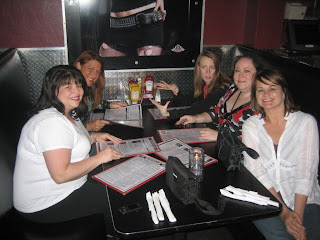 Mike taking the shot so Renata could be in the photo! Thank you Renata for all of these pictures. She gets photo credit here since I did not bring my camera! 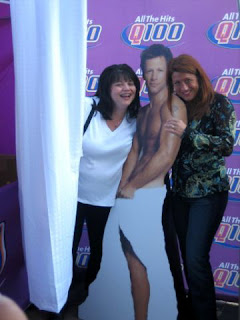 Donna and I couldn't resist a chance to take a shower with Jon! (Cheese-mo I know) 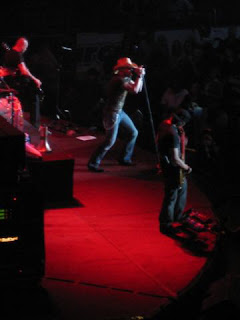 Daughtry opened for BJ...he was AWESOME! Loved them and I can I just say his drummer is REALLY HOT! 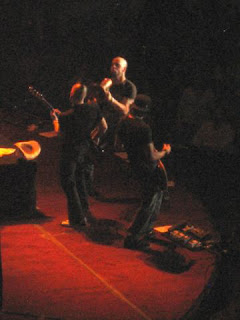 More Daughtry! He also came back out on stage with JBJ and sang a duet version of Blaze of Glory. It was KILLER. For those of you American Idol fans remember he sang that song on Bon Jovi night on Idol. Very cool! 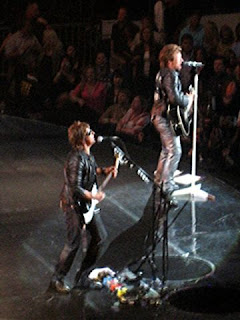 Nice shot of Ritchie and Jon 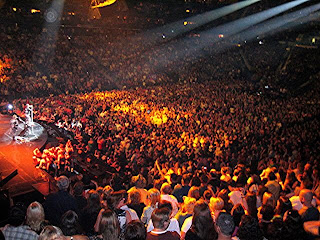 I love this pic R took of the arena. Very cool perspective and shot I think. 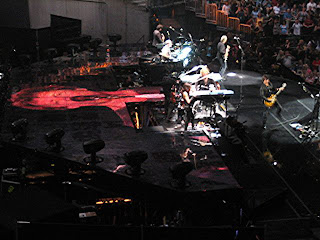 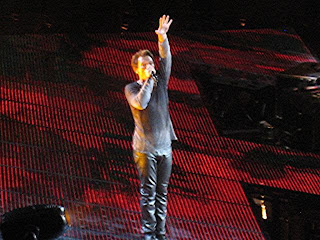 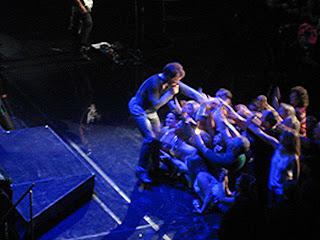 The concert was AWESOME! It was much different going at 28 weeks than when I went pregnant with Lindsay at 18 and 21 weeks. I had a much harder time standing and dancing away. I had to sit a lot more. It was also VERY HOT in the arena that night. Hello....can we not get the A/C cranking at Philips?? Anyway, I had a blast but I'm looking forward to two years from now when they come back and I can go and really let loose. Baby was definitely bouncing around though...she enjoyed it I think!

Thank goodness, Chris! I felt so bad that I hadn't posted my pics (or blogged in general)until now. I'm glad that we seem to be going by the same time schedule lately. Maybe we were just still on our Bon Jovi high...lol. Great pics, and I TOTALLY second the A/C thing... and I'm not even pregnant! It was hot as H-E-C-K up in there! I was about to die! It was great to see you... sorry I had to dash but keeping up with 15 other people is a chore! Glad you all had fun!!!!

My lil' bro and his girlfriend were there too and said he was just amazing.

Glad you had so much fun. You all look so good!

Those are some great pics of the concert! I love the shower one. I am suprised that you did not try to make a run for it with the poster. ;). Glad you had a great time.

Glad you had fun.

Angela: ToTALLY THOUGHT ABOUT IT!!